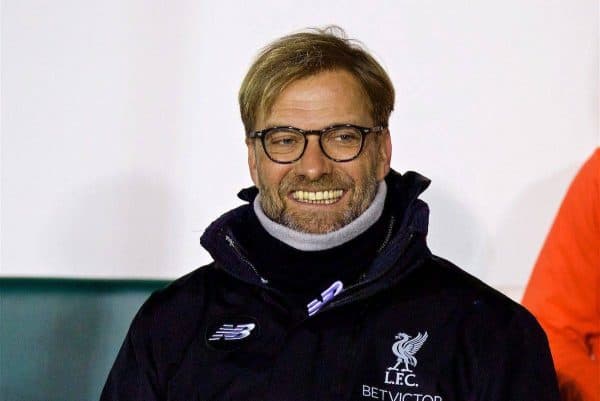 All of those previously mentioned players have either developed an unhealthy relationship with Jurgen Klopp or have not been getting any significant amount of playing time with the 1st team and this is why they are being rumored on being offloaded in the near future. END_OF_DOCUMENT_TOKEN_TO_BE_REPLACED He said that there is a sense of belief around the team that they can beat the best team and he believes that this mentality will improve as they continue to win games. He is confident that Klopp will bring in some new players during the transfer window and that will further improve the team. END_OF_DOCUMENT_TOKEN_TO_BE_REPLACED

His recent form in the first six months in the Spanish La Liga convinced Besiktas to hand the player a contract until 2019. Since he has come to the club on a free transfer, Besiktas will not be taking much of a risk when it comes to Babel. In the past, a number of clubs have been left disappointed by the Dutchman. He has played for the likes of Ajax,Al-Ain, TSG Hoffenheim, and Kasimpasa. END_OF_DOCUMENT_TOKEN_TO_BE_REPLACED

‘’Babel, who has 42 caps for the Netherlands, will receive 1.2 million euros for the rest of this season and 2.1 million euros per year for the next two campaigns. Babel has won two Dutch titles during two separate spells with Ajax, and also played for Liverpool, Hoffenheim and Al Ain. He was part of the Dutch side that reached the 2010 World Cup final’’ END_OF_DOCUMENT_TOKEN_TO_BE_REPLACED Babel is known for his off the field antics when he featured for Liverpool from 2007 to 2011. The highly talented player did not live up to his projected potential from his days at Hoffenheim and Dutch giant Ajax before his move to Merseyside. END_OF_DOCUMENT_TOKEN_TO_BE_REPLACED

Former Liverpool winger Ryan Babel has announced his exit from Deportivo La Coruna by saying that he wants to spend more time with his family.

The Dutchman has become somewhat of a journeyman since leaving Liverpool a few years ago. He played for the likes of 1899 Hoffenheim, Ajax,Kasımpaşa, and Al Ain. His failure to establish himself at a single major club has been the biggest problem in his career. At 30 years of age, he is fast running out of time when it comes to the top level of the game. He was once seen as one of the promising youngsters and it prompted Liverpool to pay £ 9 million for his signature in 2007.

The exit from Deportivo La Coruna is not surprising considering that he has been linked with Turkish outfit Besiktas in the last few weeks. It has been reported that Besiktas were ready to pay the player around € 1.7 million for a contract that will last around 2 ½ years. END_OF_DOCUMENT_TOKEN_TO_BE_REPLACED

Ryan Babel is one of those players that at an early age he was highly expected to make an impact in the world of football.

At the age of 17, Babel made his debut in the first-team of Ajax and Liverpool even opted to splash out £14 million for him on 2007.

The Dutch player spent 4 seasons in the Premier League outfit where he consistently managed to make over 25 appearances in almost every single season but most of the time, his presence just wasn’t really felt and despite having made a fairly large amount of appearances, it was not a memorable period of time and the Dutch player later got into some problems as he got fined due to Babel’s usage with his social media platforms.

After having spent 4 years in Anfield, the Dutch player was offloaded from Liverpool as he could not develop or progress how the club was originally expecting and Ryan Babel has recently spoken about his time spent in Anfield and he said that one of the reasons of why his playing career never really managed to live up to the expectations and why he couldn’t perform in Liverpool was because the Premier League club failed to properly coach him. END_OF_DOCUMENT_TOKEN_TO_BE_REPLACED