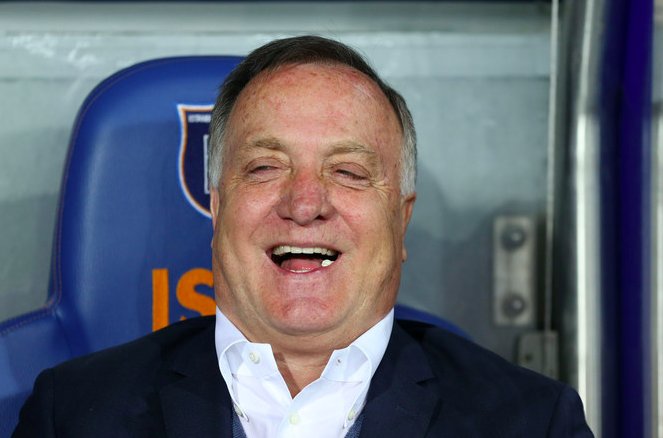 Advocaat was tasked with the difficult job of steering Holland to the 2018 World Cup earlier this year, and he could not help them progress as they finished behind France and Sweden – the latter whom qualified for the finals after beating Italy in a two-legged play-off.

Following the failed campaign, the former Fenerbahce boss explained that he could step down from his position and called on the next generation of managers to lead the nation back to the highest level. A statement released Royal Dutch Football Association website read: “I stop because I think it’s time for another generation. I have not doubted it. It’s time for younger people, it’s time they show it.”

Advocaat, who has previously managed the likes of Rangers, Borussia Mönchengladbach, the United Arab Emirates, South Korea, Belgium, Russia, Serbia, Sunderland and Fenerbahce, was in his third spell as the Holland manager. With the triumph over Romania, Advocaat set a new win record of 37 games beating Rob Glendenning’s 36-game record which stood for 77 years. The Dutch are now said to have begun the search for a new a head coach with Ronald Koeman believed to be the front runner for the job.

Koeman, who was recently dismissed from the head coach position at Everton, was previously considered for the Holland role back in 2012, before Louis van Gaal took in-charge at the helm for the second time. The 54-year-old was offered the role of the assistant behind Van Gaal, but his frosty relationship with the 66-year-old at ex-club Ajax urged him to snub the advances.