Turkish champions Besiktas are set for a fairy tale title parade on an open boat after they cruised to their 15th league title. The team is set for their final game of the season on Saturday but the celebrations are in earnest after they were confirmed winners. 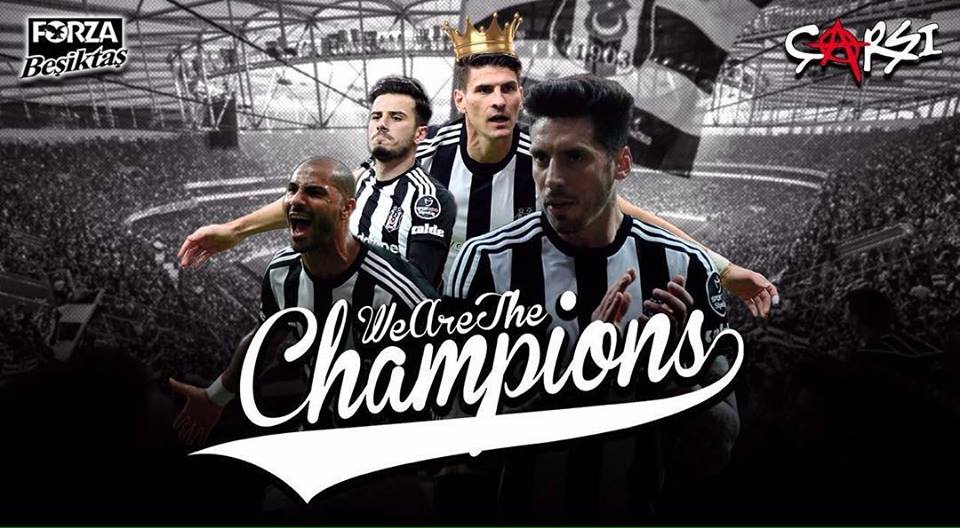 The Super Lig Champs are taking the victory parade a notch higher as they sail up the River Bosphorus instead of the conventional open top bus ride. Fans followed them in hundreds of boats – a sight that is truly remarkable to behold.

The team used the medium to travel to the final game of the term at Gaziantepspor. Former Premier League stars Demba Ba and Ryan Babel were among players pictured taking to the waters. The former Chelsea star joined the club in January from Chinese side Shanghai Shenhua about the same time as the former Dutch and Reds star.

Beskitas arrived at the venue of the game, defeating their opponents in style 4-0 before celebrations went into full force. Babel scored in the sixth minute before Oguzhan Ozyakup doubled it. The already relegated opposing team barely put up a fight against Beskitas. After the break, Anderson Talisca added two to seal a back to back victory for the club. The win sends them straight to the Champions League group stage, which you can get tickets for on this website – at great prices too! 🙂

Then the open bus parade came in as the team celebrated an impressive run season-long.